A recent yacht raid that was conducted near the Isles of Scilly was in the news recently. It was about illegal immigrants being suspected to be on board. The surveillance and raid was conducted by the Border Force, whose proactive work on the waters paid off. There was the news received due to which a raid was conducted on a yacht that was carrying illegal immigrants. The result of the raid was four people being detained. The vessel that was raided was a 26 foot yacht named Kozyavkin. The boat was towed by Border Force vessel to St Mary’s Harbor. The raid was done in the early morning hours, around 6.40 am on June 28th. There was a pilot boat called Pegasus that was also suspected to be involved.

When the yacht carrying illegal immigrants was intercepted there were four people found on board. They were identified as Ukrainian nationals. There were checks made, after which they were arrested on office of immigration by Devon and Cornwall police authorities.   END_OF_DOCUMENT_TOKEN_TO_BE_REPLACED

In 2016 series of America’s cup France Groupama Team struggled in entire championship, and now in the 2017 championship until they are making late entry. 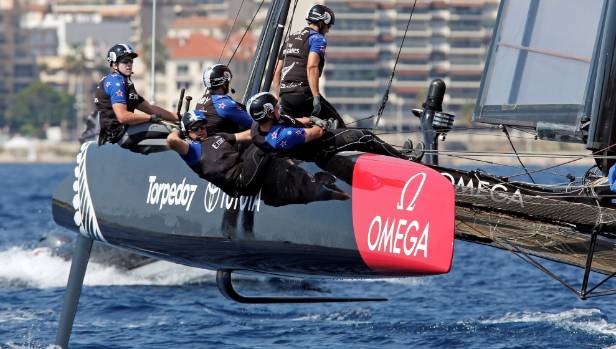 It appears that the Groupama team will be the last one to reach Bermuda to begin training for the new season. There are six teams taking part in the America’s Cup World Series 2017, out of which five are expected to launch their class boat in Bermuda by the January but the France team has no such plans.

The 2016 training program of Groupama will end on December 18 2016. After the completion of training Bruno Dubois team manager will explain to them how their 45-foot catamaran used for training will be converted into America’s Cup class boat. END_OF_DOCUMENT_TOKEN_TO_BE_REPLACED

The success of sailing is largely dependent on the success of the social aspects at all levels of the sport. It is the same for kids as well and not different for high level competitions. When sailors get a chance to freely interact with other sailors on the water they have all the more reasons to connect with and grow with the sport. Two of the best examples include the Pleon Yacht Club and Fleet 5 of the Rhodes 19 class. The Pleon Yacht Club is indeed the oldest sailing club in the country for juniors. It has generated more than the actual shares of the world class sailors. The main key to its success is the culture of “kids only” that makes it so popular. The officers of the club are kids and the instructors are mostly college kids, who are intersested in getting trained up so that they can take a Kastela Bareboat Yacht Charter of their own one day. Also, the directors of the program are none other than young adults.

Furthermore, the 50 year old club Fleet 5 of the Rhodes 19 was never so strong or vibrant like it is now. The sailors are mostly out of colleges with a whole lot of energy. There is a top group like, other common groups that sets expectations to achieve victory through trophies. The team does a great job of providing clinics wherein the main sailors help others raise the game. The all year fleet parties that take places offer the social connection to keep every member involved and interested. END_OF_DOCUMENT_TOKEN_TO_BE_REPLACED